Through its Scouting for Food program, the Boy Scouts of America has been lending a helping hand for almost 30 years. Locally, Pacific Skyline Council Cub Scouts, Boy Scouts and Venturers collect over 80,000 lbs. of food annually to benefit the Second Harvest Food Bank of San Mateo and Santa Clara Counties - enough to provide 15,000 families of four with a delicious and nutritious holiday meal each year.

How you can get involved - "Stake a Claim" in your local neighborhood by contacting your District's Scouting for Food Coordinator or by attending your District's October Roundtable. In November, put out door hangers in your neighborhood explaining our program to local residents, and then return later in November to pick up non-perishable food donations. All donations should be delivered to a food bank collection point or directly to the Second Harvest Food Bank in San Carlos. 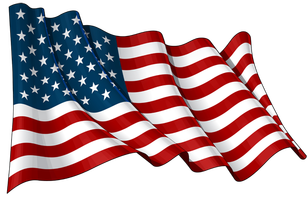 For over 65 years, Scouts around the country have been helping to honor our country's fallen. It all began in 1949 when Scouts in the Greater St. Louis Council decorated the 190,000 graves at Jefferson Barracks National Cemetery with miniature US flags. Since then, it has become one of the largest service projects in the country.
​
Locally, the Golden Gate National Cemetery was first opened in 1941 and is one of 131 National cemeteries in 39 states. It is the final resting place of 15 Medal of Honor recipients, Congressman Leo Ryan, and Admiral Chester W. Nimitz, commander of the US Pacific Fleet during World War II. Each year, Scouts, Scouters, veterans and other community groups from all over the Bay Area gather in tribute to these gallant men and women who have made the ultimate sacrifice in defense of our country.